The story of Eric's Wish featured on the front page of The West Central Tribune, and the article is below. The story was also carried shortly after this, by www.inforum.com, www.postbulletin.com and the duluthnewstribune.com

Musicians in two countries join in fundraising for cancer research 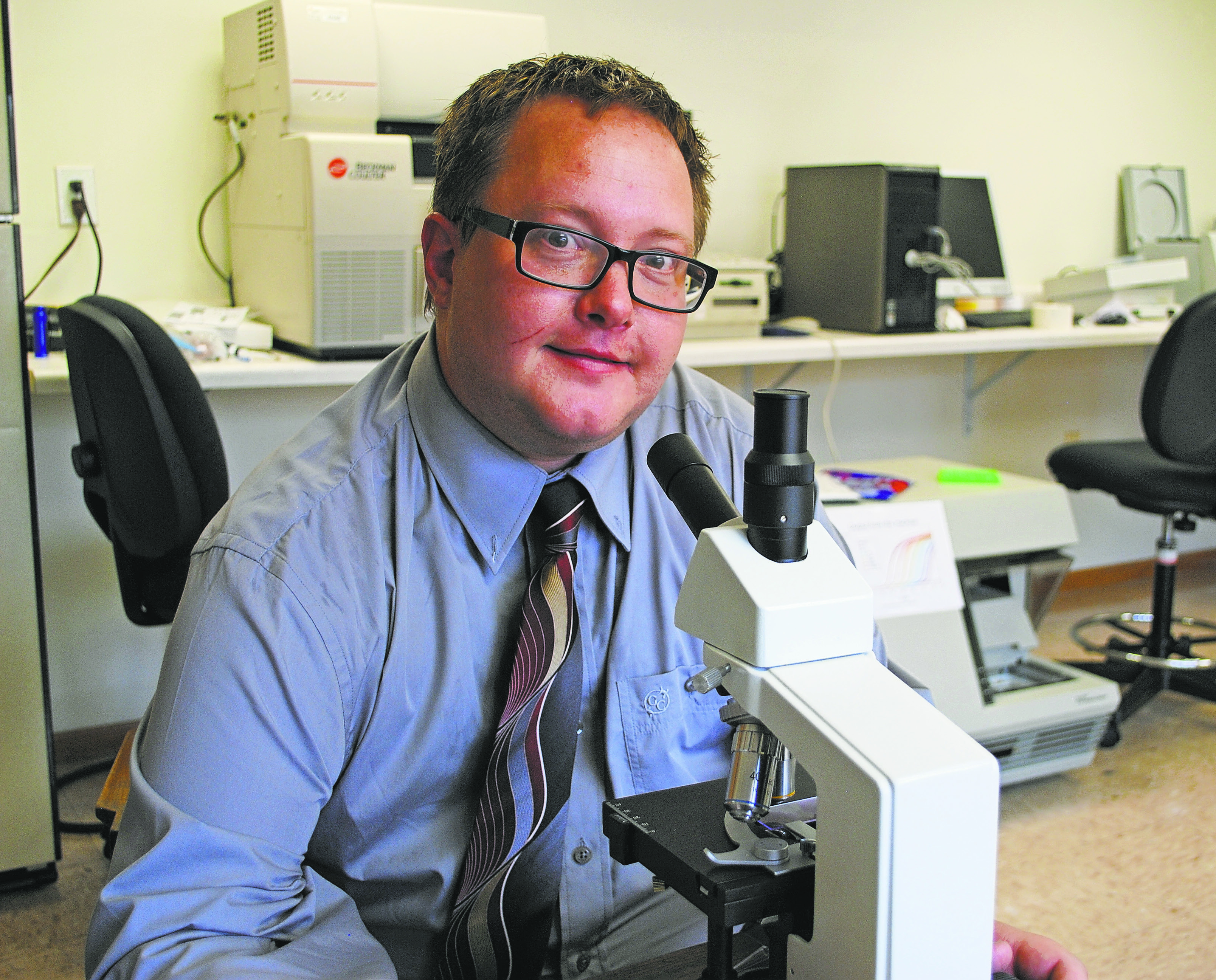 Tom Cherveny / West Central Tribune file photo
Eric Mahlum returned to his hometown of Sacred Heart and opened a genetics laboratory. Less than a year later he lost his life at age 37 in a tragic vehicle accident on Oct. 7, 2015. 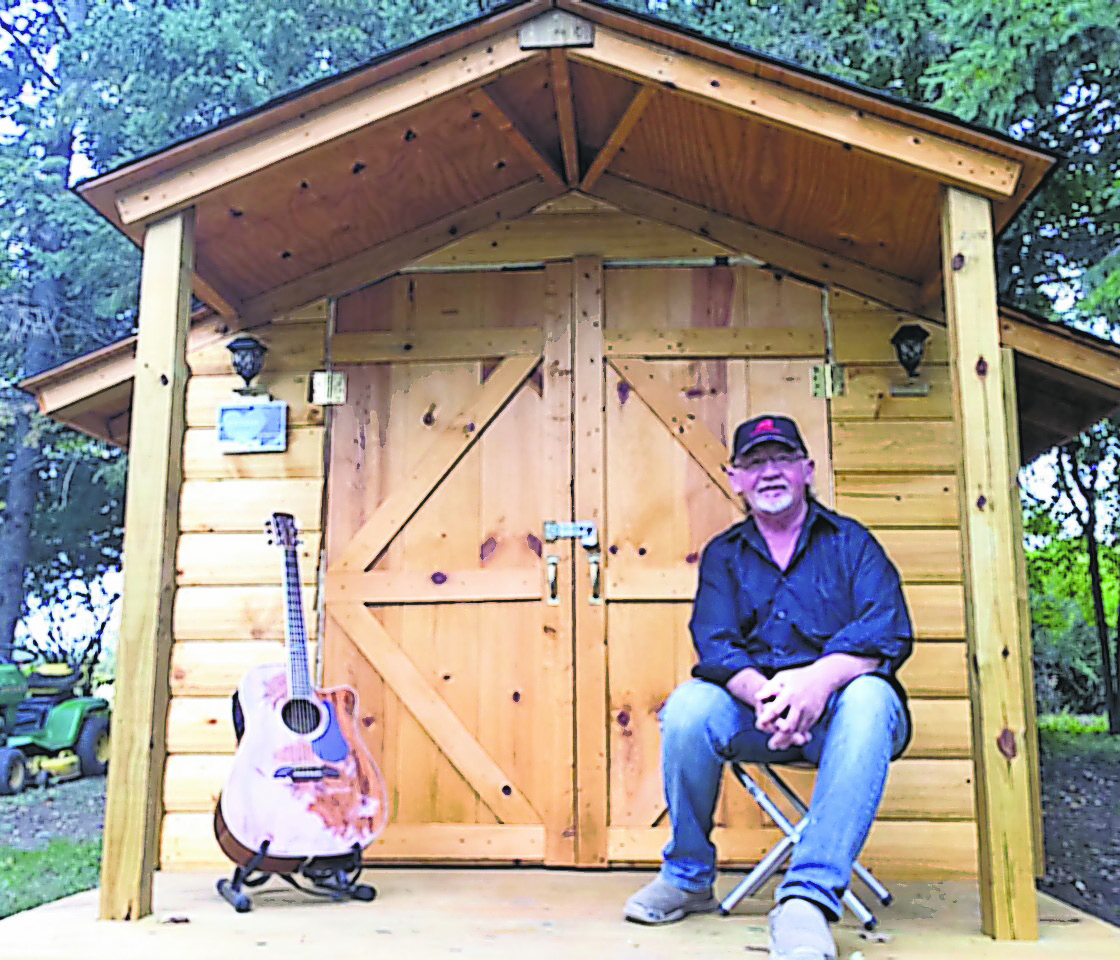 Photo courtesy of Steve Mahlum
Despite having no carpentry experience, Steve Mahlum picked up his late son’s tools and began building. The result is Eric’s Shed, where he is shown.

Not quite a year after he returned to his hometown and opened his own bioresearch company, Eric Mahlum lost his life at age 37 in a vehicle accident on Oct. 7, 2015.

His passion was cancer research, said his father, Steve Mahlum.

Eric held a master’s degree in molecular biology from Mankato State University and was a graduate of a Mayo Graduate School master’s program in 2012. He worked as part of a research team looking at how to cross the blood-brain barrier to treat brain cancers.

Now, his father hopes that his son’s legacy will be to help raise funds for cancer charities in two countries, the United States and United Kingdom. Eric’s Wish on the website ericsshed.com aims to benefit the Renville County Walk in the Park and the Brain Tumour Research Campaign in the UK.

The musicians donated their works, and every penny (or pence) beyond the costs of producing and mailing the CDs will be donated to the charities on a 50/50 basis, according to Malhum.

Let’s just say this is what happens when a son leaves behind woodworking tools to a father who also happens to be a lifelong musician. Steve Mahlum has been a musician since 1965 and currently plays in the Custom Made Band with members Kris Nelson- Jensen of Willmar and Jay Skrukrud of Kandiyohi.

After his son’s death, Steve Mahlum said he and his wife decided to donate their son’s laboratory equipment to a St. Paul-based charity, Mattermore.org. Eric also had a collection of woodworking tools.

About two years ago, Steve said he began using them to build planters at his home in Sacred Heart.

With no background whatsoever in carpentry, Steve said he began working away.

Without any original intent to do so, he began building what has become Eric’s Shed on his property. He posted a photo of the shed and its story on social media, and it brought a response from a woman in England, Melanie Tucker.

Mahlum said Tucker owns a landscape company. The image of the shed had caught her attention, as did the narrative on how the loss of his son had inspired the shed. She had lost her mother to cancer. Tucker is also a musician, and connected to many UK musicians, said Mahlum.

Unable to perform before audiences and frankly, “stir crazy” from the forced isolation of COVID-19, Mahlum said the two began discussing the idea of a fundraiser by musicians for cancer research in Eric’s name.

Eric’s Wish is the result. Mahlum said the affiliation with Renville County Walk in the Park goes back to his and the Custom Made Band’s relationship to the cause and its longtime supporters, Meg and David Kubesh.

Mahlum and Nelsen- Jensen were to have performed for the organization’s banquet last spring, but COVID changed that. Instead, the musicians set up cameras in Mahlum’s studio and performed for a virtual banquet.

The website is newly launched. Mahlum said it’s hard to know how it will go, but he said the response from musicians has been incredible.

Mahlum said he’s certain that Eric would be putting his talents to work in some form to stop COVID-19 if he were still alive. He feels the fundraiser is a fitting legacy for a son taken away far too young.